[Sample from Barrington Levy's "The Vibes is Right":]
If you're dealing war, backwards stay far
We're dealing with truths and rights
Come some more into my sight

[Logic:]
Yeah, in London talkin' to Rhetorik 'bout my life and shit
I thought the album was finished but I keep writing shit
It's kind of funny how life changed and rearranged
No matter what happens, everything ain't gon' be the same
The incredible album, what an incredible outcome
I grip the mic and then talk to the people like I'm Malcolm
I used to think the fame and money was the motivation
Until I toured the world and met the people face to face and
Understood that the power was harnessed in that basement
It ain't about the money and notoriety
It's about the people and making a difference in society
But don't get it twisted, this life I'm living is like a movie
The Godfather, the Goodfella wielding an Uzi
One with the people, if the people is wondering who's he?
Same level, the same rebel that never settled
Pullin' strings like Geppeto who overcame the ghetto
And I know you wrote me and I still ain't answered
Cause shit is different now, it's forced upon me
Different stances
I used to spend all my time conversing with you
But now I write this song to let you know I'm hurting with you
Shit is too big, but let's be honest man,
It's kinda bittersweet, besides the shows and meet and greets y'all only see me on the street
And even then, that shit is rare-I just don't go outside
Cause honestly I don't fuck with this world, I'd rather hide
That misconception, "Cause I rap, I must be filled with pride"
Shit I ain't perfect, if you heard different then someone lied
People in my ear telling me, "Talk that shit"
Actions speak louder than words, I'd rather walk that shit
Since the first album
I'm one of the highest earners on the label
Within six months I put the second one on the table
I've played sold out shows in parts of the world I can't pronounce
Release the tickets, watch them disappear when we announce
Fuck all that murderous syllable shit right now
Just let me bounce
The mood around me is people smokin' that by the ounce
Leave Friday for the show and come back Monday with a hundred grand
Don't fuck with checks so when I bounce I prefer cash in hand
You know my first week looking crazy due to high demand
Cause people don't buy music in this day and age
They buy the brand
There's ups and downs, don't get me wrong
But back when I ain't have shit
Felt like I would've sold my soul to make it with this rap shit
Thank God he never let Lucifer close enough to ask
Let me attain it by workin' hard and busting my ass
Achieved a lot in life, but what's a lot with more to gain?
At least I don't drink to avoid the hurt, we call that Champagne

[Sample from Barrington Levy's "The Vibes is Right":]
Come some more into my sight...
Previous

A Word from Our Sponsor 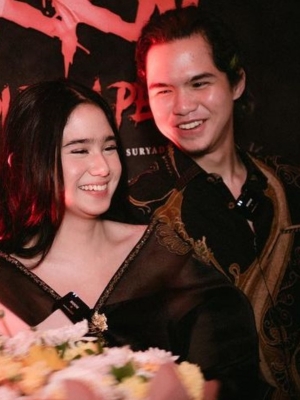